Sunday 1st December saw the last of the big Autumn / early Winter marathons for the year, when over 21,000 runners toed the line at the increasingly popular Valencia Marathon.

Two PH members made the trip to the spectacular Spanish coastal city to take on the 26.2 mile challenge.

The overall winner of the race’s 39th edition was Ethiopia’s Kinde Atanaw in a world class time of 2:03:51.

First home for PH was the club’s marathon record holder Jonathan Peebles. This was a great return from injury for the newly crowned club champion Peebles who enjoyed the almost perfect conditions and course. Jonny crossed the line in 2:49:24, pacing the race fantastically well and setting his second fastest ever marathon time. 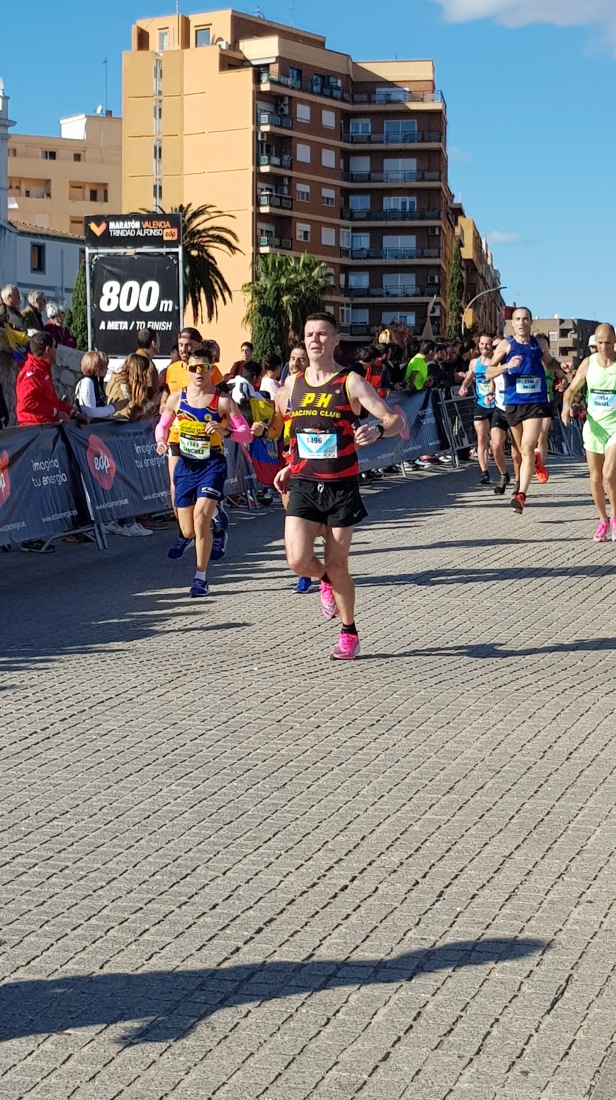 Hot on his heels was Wright Beveridge, who set a brilliant new personal best of 2:52:50, taking over 7 minutes off his previous best from London in 2017. Sporting a Calum Hawkins-esque white cap, Wright gave his own master class in pacing, showing how consistent quality training can lead to quality results.

These are two fantastic performances from the pair who both now have big spring marathon hopes inspired by the electric atmosphere and the screams of “vamos, vamos!” throughout this well supported race.

Dan Monaghan also made the trip to Valencia to compete in the last ever Valencia 10k, Dan crossed the line in 35:01 after splitting 17:29 through half way to also pace it well on a fast course. This was some way back from race winner Joshua Cheptegei however, who set an unbelievable new world record time of 26:38. 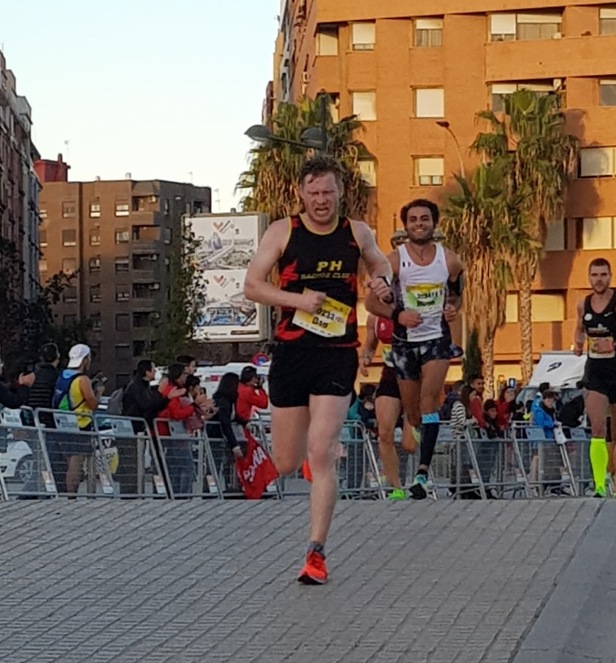 Inspired by the performances of the marathon pair, Dan is one of many members beginning their training block for some spring marathon attempts.

With a number of members qualifying for the Virgin London Marathon with championship and ‘good for age’ times, the spring marathon season is set to be very exciting at PH. With a few age categories changes to add in the mix as well, such as Wright moving into the V50 category and Jonny into the highly competitive V40 group, some long standing club records may also be set to fall.

Next up on the 26.2 mile circuit will see marathon man, and twice Valencia Marathon finisher, Johnny Cassells make his own trip to Spain for the Malaga Marathon but for now vamos and adios from Valencia. With a huge thanks going to supprt team for helping the lads in Valencia and the race day photographs.