There was a large turnout of 28 PH Racing Club members who made the short trip along to Aberdour for the annual Donkey Brae Race on Sunday.  The main event was a 7 mile race taking place on roads and the coastal path between Aberdour and Dalgety.  There was also a 2 mile race for juniors or those who wanted a shorter run.

PH were to the fore in both the men’s and women’s races with 6 men in the top 7 and Racing Club athletes occupying the top 3 positions in the women’s race. 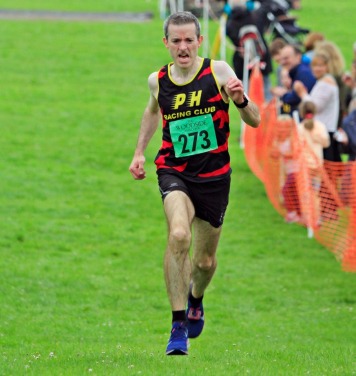 Fastest on the day was Paul Kieran who won overall in a time of 40:43 to take 50 points in the PH Club Championship.  Thirty seconds back in third position, behind Fife AC’s Alistair Gudgin, was Jonathan Peebles suffering a rare defeat from a teammate.  Daniel Monaghan was pleased with fourth place in 41:46 and he was just ahead of Robert Sellar who took home the V40 prize for his fifth place run of 41:59.  There was then only a short gap to Andrew Wright and Colin Somerville who took the next two positions in 42:20 and 42:24 respectively. 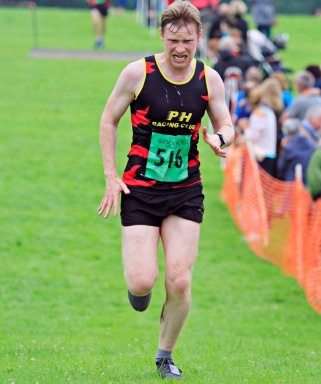 The women’s race was also dominated by PH with Alison McGill moving through the field to finish first in 47:04.  Karen Kennedy continued her good form finishing second in with a time of 48:16 with Julie Menzies completing the podium places in 49:23.  Zoe Stuart was fourth V40 and seventh female crossing the line in 53:01 and Clare Graham completed her race in 58:57.

Just outside the top 10 in the men’s race was Martin Butcher, 11th in 44:06 and Philip Waring was 41 seconds behind in 16th.  There was also success in the V60 category with John Crookston first and 24th overall and Ian Johnston third in their age group.

Full results for club members can be found here.

The sole PH competitor in the 2 mile race was Aaron Bennet who finished sixth in 14:42.  Well done to all who took part and thanks to all the organisers and volunteers.  Thanks also to Gordon Donnachie for the superb race photos.