Wednesday night saw PH Racing Club members make their annual trip to the Cammo estate for the CAAC 5 mile road race. This undulating course has been ever present on the Club Championship fixture list since PH was founded.

Once again Jonathan Peebles was the club’s top performer finishing in 5th place in a time of 27:37. Jonathan picked up the pace over the last three quarters of a mile to break away from club mate Paul Kieran. Paul finished in 6th place only nine seconds back, setting a new club V40 record of 27:46, which was also enough to secure the third place V40 prize on the night.

Dan Monaghan was third home for PH, also finishing inside the top ten, with his time of 28:05 good enough for 9th overall and securing the win for the PH men’s team in the overall team race. 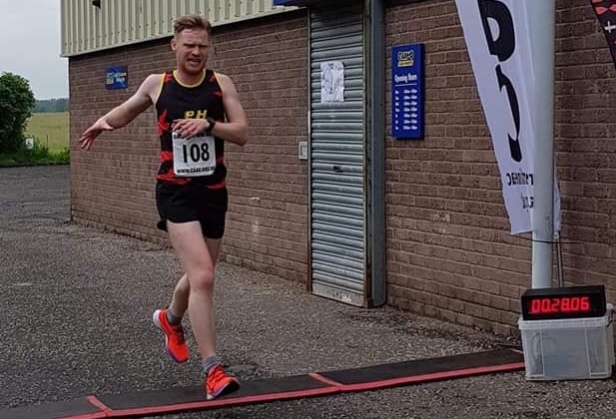 First PH female on the night was Kristin Lownie in a time of 31:22. Kristin was also amongst the prizes as she placed 3rd overall in the women’s race.

Other notable performances were a good return to form for Rab Sellar who came home in 14th place, Colin Somerville; the fifth PH Racing Club member to finish in the top 20 with his 18th position finish and Martin Butcher the final PH man breaking the 30 minute barrier. 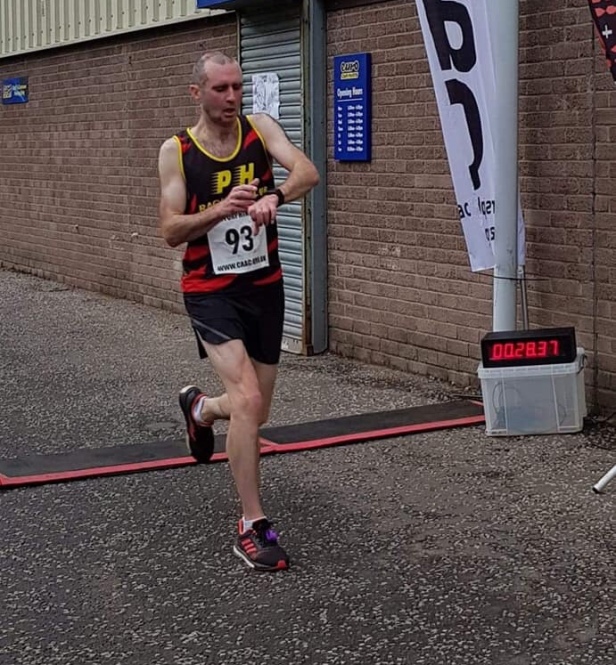 Back in the Kingdom, Club coach, Ben Hukins adorned the PH vest yet again this season and gave another fine performance at the Hill of Tarvit race, near Cupar. Ben won the race in tough conditions with a time of 33:44, over thirty seconds clear of his nearest challenger.

Thanks to Corstorphine AAC & Fife AC for hosting the races and Rab Sellar’s old man & Graham Bennison for the photographs.