At Stirling there were 7 members running Central AC’s Monument Mile Classic. Paul Kieran was the fastest of the PH contingent on the night, winning his heat with a flying last lap to cover the 1760 yard dash in an impressive 4:52:83 for a new personal best.

Scottish international Karen Kennedy was the sole PH female racing the mile running from the front, to clock a brilliant 5:30:58.

It was PBs galore for PH with Andy Jannetta the second fastest clocking a huge PB time of 4:53:85 to finish 3rd in his heat. Not far behind was Dan Monaghan who picked himself up off the track after a clash of legs, resulting in a hefty tumble, to break the 5 minute barrier by the skin of his teeth in a dramatic final 600m, crossing the line in 4:59:96. This was Dan’s second PB of the week after managing to stay on his feat to run a very creditable 10:30 at the Self Transcendence 2mile only two days earlier. This was good enough to place Dan in 7th in a relatively strong field at the race around Edinburgh’s Meadows.

Martin Butcher and Allen Marr gave solid performances in their heats at Stirling, timing 5:10 and 5:29 respectively. There was one photo finish on the night and it involved Alan Cockburn who romped home with a strong final sprint timing 5:29:03 to be edged out of winning his heat by only one hundredth of a second. Alan was not finished there for the weekend, following his fine track performance up with a trip to Aberdeenshire where he won his age category placing 16th overall and 1st Supervet, in a time of 42:13 at the Barra 10k.

Friday also saw the next instalment of Kirkcaldy Wizards’ summer race series and this time the setting was the Beveridge Park. Rab Sellar was the top dog in the black, yellow and red of PH covering the two lap course in an impressive time of 17:22. This was good enough for 4th place and first V40 on the night. New Racing Club member Gordon Lawson put in a sterling effort to cover the course over 20 seconds quicker than his previous best finishing 3rd V40 and 8th overall in 18:06. There were also another 2 Racing Club members with top 20 finishes as Michael Lindsay and Graeme McInnes placed 14th and 18th. Aaron Bennet was 3rd Junior in the race and Keith Vandermotten finished 35th to complete the PH line up. 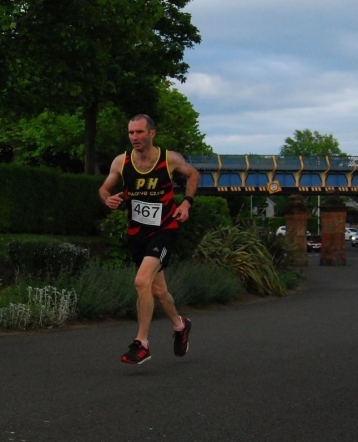 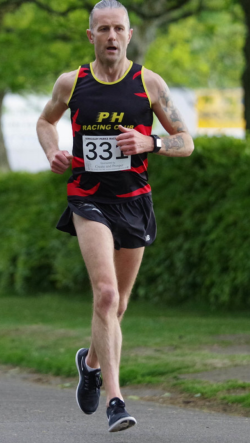 The end of May sees the renewal of memberships for PH Racing Club for the 2019/20 racing season. Club President Stevie Ogg addressed members with an inspirational briefing this week.

“I hope everyone is enjoying the hard training with like-minded people. Virtually everyone who has joined recently has seen personal bests as a result of the fantastic sessions put together by our coach Ben Hukins. This type of club is not for everyone but for anyone with a competitive side and wishing to challenge themselves, it is a case of if Carlsberg did running clubs…”

If you want to train hard and take your running to the next level why not join us at The Loop, Pitreavie Castle, Dunfermline for one of our sessions at 6pm on a Tuesday or Thursday evening. Prospective members can join PH Racing Club at https://www.entrycentral.com/PH-Racing-Club

Thanks to Central AC, Kirkcaldy Wizards & Adrian Stott for organising these races. Thanks and photo credits to Kristin Lownie, Wullie Law, G-Bax & Adrian Stott and his team.