This was the first of two championship races for Marr, with the Indoor Masters 1500m Championships taking place in February. Marr had strong opposition, with main rival Tony Quinn of Kirkintilloch setting an early pace. Marr broke clear, stretching a lead of 30 seconds over Quinn to take the victory and Gold medal timing in a new best of 11.07. 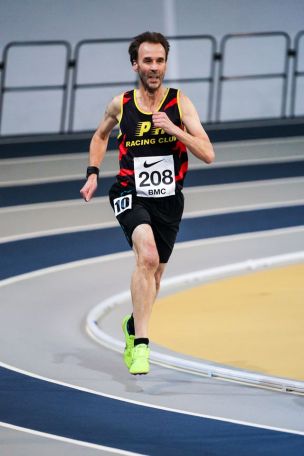 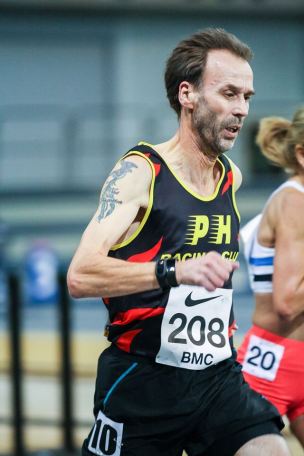 On claiming his first championship gold Marr said “It was an amazing experience to run in such a fantastic arena alongside some of the best athletes in the country. I was pretty nervous while I warmed up and made my way to the start but once the gun went I felt great and was able to settle in at a good pace among the front runners. I ran my fastest time so far over the 3000m distance and was overjoyed to achieve my dream of being a Scottish National champion.” 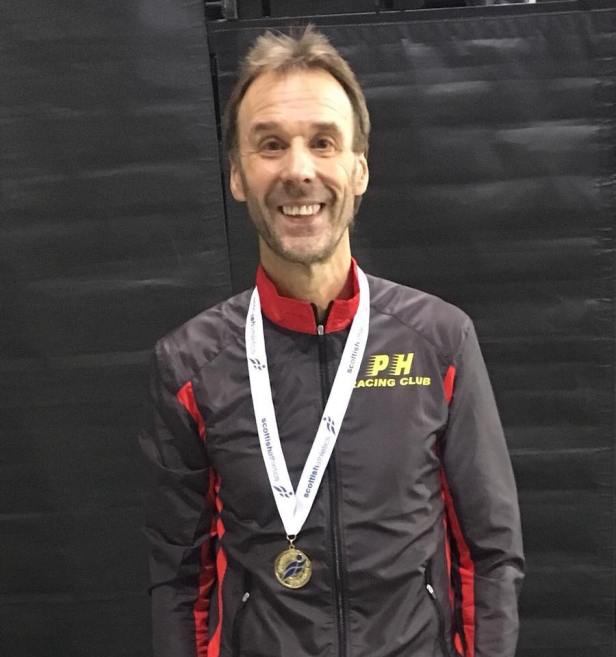 This was a fantastic achievement by Marr and thoroughly deserved after his approach to his training.

Thanks to Steve Adam for the fantastic race photographs.