A wet Tuesday night saw the 16th running of the Graham Clark Memorial Race at the Knockhill Racing Circuit for the latest race in the PH club championships.

PH members showed their intent from the off, as the 34 strong PH contingent made their way to the front of the start line in anticipation of the racing to come. The race took off at something more akin to mile pace as a pack of PH men plus eventual race winner and runner up Alistair Gudgin of Fife AC and Edinburgh Uni H&H’s Gregor Malcom respectively broke away from the field. Dan Monaghan, Mike McConnell, Jonny Peebles and Andrew Wright all took a turn at pushing the pace at the front within the first mile.

The PH battle continued throughout the three undulating laps with Jonny Peebles eventually coming out on top and showing his class to finish 3rd overall in a time of 20:10. Mike McConnell was next home in 4th place pushing Jonny to the line and finishing only nine seconds back in 20:19.

There was great racing throughout the field and the PH women dominated once again as Karen Kennedy and Julie Menzies continued their great form finishing 1st and 2nd respectively in the women’s race.

Karen’s time of 23:58 placed her 33rd in the 239 strong field. Julie battled well to claim second place with her time of 24:57 securing a top fifty finish in 49th position. Zoe Stuart won the F40 prize with a time of 26:33. The way that the PH women continue to win and fill podiums bodes well for the fast approaching cross country season, where they hope to defend the masters title in the East District League. 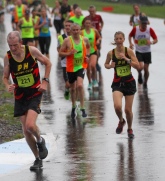 Andrew Wright won 1st M40 on the night, enjoying a strong run to finish in 5th, bettering his time from last year, as he clocked 20:26. PH men then continued to flock home with Dan Monaghan and Ewan Taylor next in 6th and 7th providing a photo finish opportunity as they both timed 20:34 following an exciting  sprint finish battle. 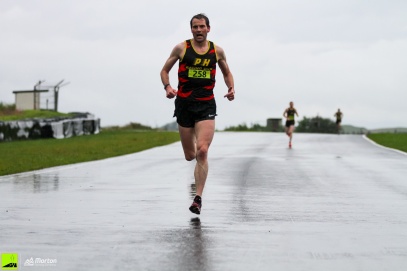 Robert Sellar and Graeme Doig were second and third placed M40s on the night as they took the 8th and 9th spots in the race to secure 7 of the top 10 places for PH. 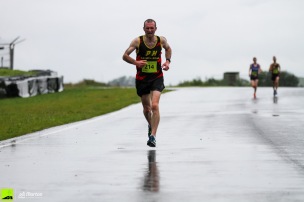 John Crookston once again shone, with an outstanding time of 23:15 to finish in 25th position and 1st M60. The continued improvement of John and his continued success will hopefully attract the attention of any national masters team selectors throughout the remainder of the season. 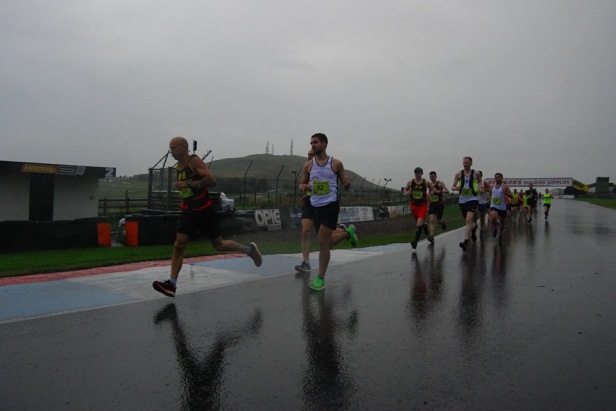 The Junior Boys category was won by new PH member Jamie Lessels (representing FTR) who had a great run timing 21:34 and finishing in 11th place. PH are extremely excited about Jamie’s arrival at the club and are looking forward to him wearing the red, black and yellow of PH, as he adds to a very strong junior team. His junior compatriots Andrew Thomson (22:25) and Aaron Bennet (25:20) finished in second and third place respectively in their junior category. Andrew pushed Jamie all the way and placed a very creditable 19th place with Aaron finishing 55th. 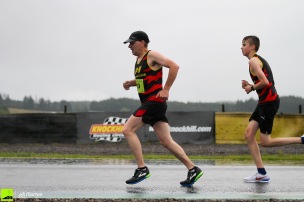 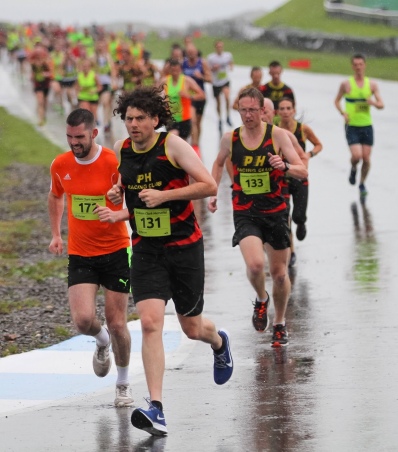 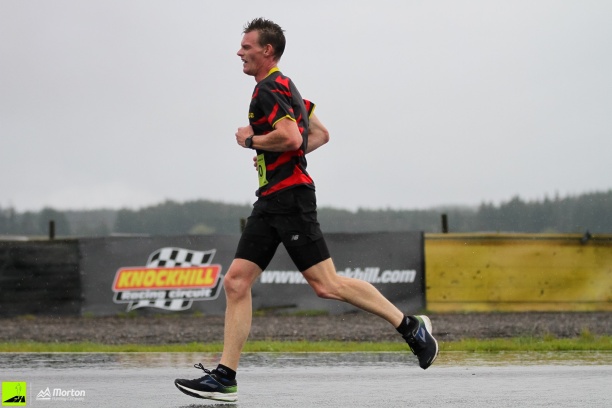 Thanks to our Dunfermline neighbours Carnegie Harriers for this great racing spectacle and as always top class buffet and G-Bax and Steve Adam for the race photographs.