PH Racing Club enjoyed some great results at last week’s Tour of Fife with a number of prizes won. The tour takes place over five nights and over a variety of terrain.

The first event on Wednesday evening was a 4.2 mile race along West Sands in St Andrews where the soft sand around the halfway mark is always energy sapping.  Paul Kieran started off his tour with a 3rd place finish, just a few seconds behind club coach Ben Hukins, who was representing Cambuslang Harriers.  Paul has been in excellent form recently, including a 2nd place finish at the popular 3k On The Green race in Glasgow, and was never far from a podium finish throughout the week.  Alison McGill finished as 2nd female behind Jennifer Spence of Fife AC giving a taste of things to come for the remainder of the week. 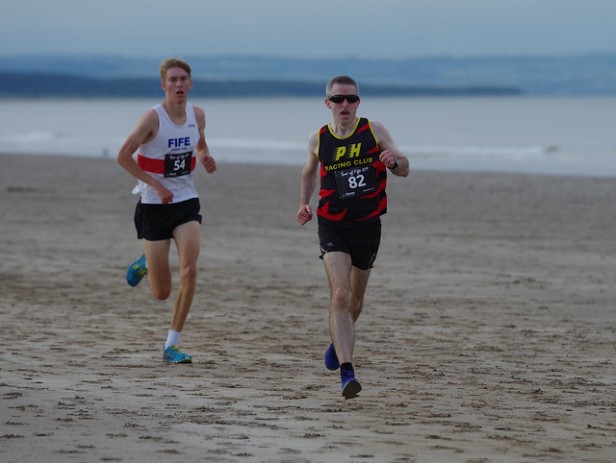 Thursday night’s race was a hill race over East Lomond.  This is always a race where the seasoned hill runners can make up a lot of time and so it proved once again with Hukins more than making up the previous night’s deficit on Fife AC’s Alistair Gudgin and opening up an unassailable lead for the remainder of the week.  The hill race was also to the liking of Willie Rennie, fresh from finishing 1st V50 at the Heb 3 Half Marathon series over the last few weeks, and he lead this category all week. 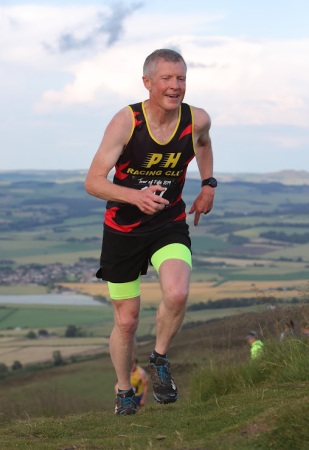 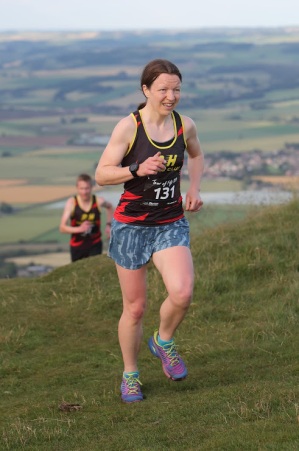 In complete contrast the tour moved onto Kirkcaldy Promenade on Friday for a 1 mile time trial run. Once again there were a number of excellent performances, and three club records broken.  Alison McGill ran alongside the leading women finishing 2nd there, setting a new club record of 5:21 in the process.  Paul Kieran was 4th quickest on the night in a PH V40 record time of 4:47, knocking three seconds off Robert Sellar’s time set at the same venue only three weeks previously.  Last, but not least, Willie Rennie knocked almost 30 seconds off the V50 record finishing in 5:09.  Previous record holder Alan Cockburn was also having an excellent tour and battled it out all week for 3rd position in the V50 category with Jim Morton of Dundee Road Runners. 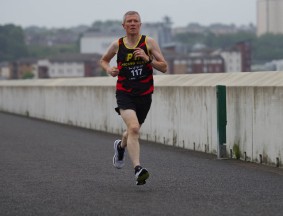 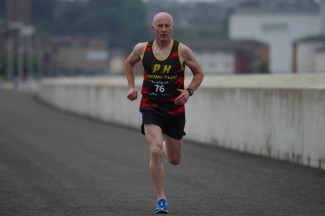 Saturday saw another fast, flat race over 5k in Glenrothes.  Ben Hukins donned a PH vest for the day but was not quite able to overcome Gudgin who finished 1st in 15:51 to his 15:59.  Fortunately for Hukins this gap was not enough to make much impact on the lead built up during the hill race.  Ian Johnston had by now built up a commanding lead in the V60 category and once again finished highest placed. 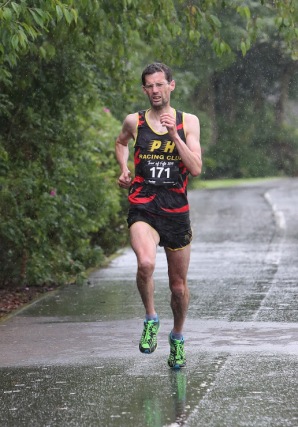 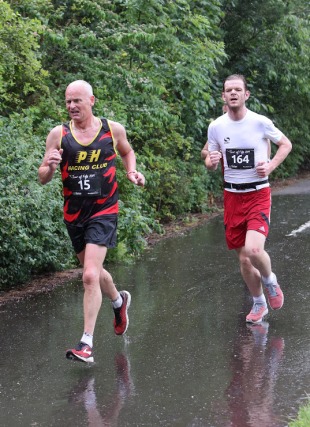 The final race of the week was an undulating trail race of almost 10k around the Falkland Estate and all PH athletes ran well, maintaining their positions.  Alison McGill couldn’t quite catch Jennifer Spencer but finished an excellent 2nd female overall.  There were category wins for Paul Kieran (V40), Willie Rennie (V50) and Ian Johnston (V60), Kieran only missing out on an overall podium place by eight seconds.  Alan Cockburn finished 4th in the V50 category, just five seconds behind Jim Morton.  Ben Hukins, unfortunately by now back in his Cambuslang vest, triumphed in the tour once again but it was good to see him challenged by some younger local athletes this year, as well as our own Paul Kieran.

Well done to all competitors from PH and huge thanks to all from Fife AC for putting on such a well-organised event.  We at PH were also impressed to note that Ron Morrison even managed to fit in winning a Masters Hammer Gold over the weekend – congratulations!  Thanks also to Wullie Law and Pete Bracegirdle for the brilliant photographs they took each night and allowing us to use these free of charge. This is much appreciated as ever.