This weekend saw Racing Club members racing distances from as short as 1 Mile to as long as 95 along the West Highland Way.

The inaugural Kirkcaldy Promenade Mile was a huge success on Friday night with some very fast times and some highly competitive racing. The race was split at the start line into two starts due to the high number of runners and PH were mixing it at the sharp end of both races.

The line up in the first race was stacked with most of the faster runners shuffling over into one race despite the split to get the opportunity to race against each other. As a result the race was tremendously fast with Jonny Peebles flying once again, setting another club record, recording a superb time of 4:37 to finish in 5th place on the fast point to point course. 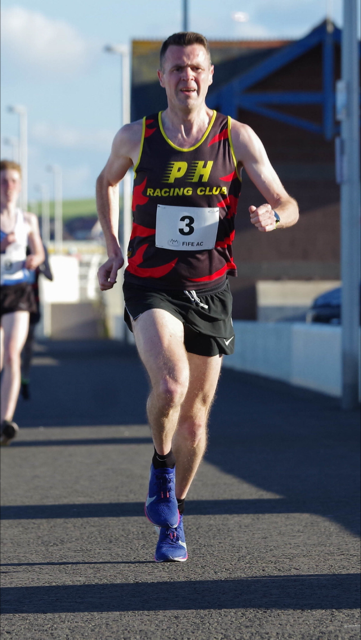 Last year’s Club Champion, Darren Jubb, made a surprise return to action, running a quality time of 4:43 to set a new personal best. Darren just pipped rising star Andrew Thomson into 7th place by 1 second. Andrew’s tremendous run of 4:44 saw him place as second junior on the night and set a new club junior record. This fantastic time places Andrew in the top 25 in Britain for U17 athletes over the mile on the road this year. Dan Monaghan was the fourth PH runner to finish in the top ten, as his fast time of 4:47 was good enough for a new personal best and 9th place. 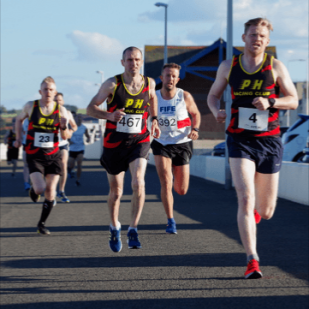 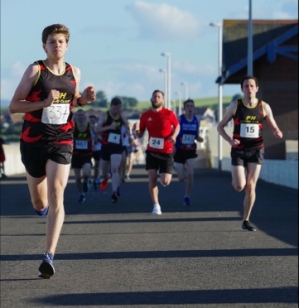 Rab Sellar was first V40 along the Prom, also setting a personal best of 4:50 to finish in 11th place. This time is the 7th fastest set in Britain by a V40 this year to date. Rab was closely followed home by Stuart Tite, who continued his return to racing clocking 4:54.

Of the 77 competitors over the two races, 16 runners broke the 5 minute barrier with 6 of these in PH vests, this was a night for fast running.

There were more PBs for the Racing Club as Gordon Lawson found himself running clear of the pack in the second race of the night to clock five minutes dead. Aaran Gibb (5:13), Joe Wilson (5:19) and Graham McInnes (5:25) all clocked PBs finishing in 22nd, 28th and 29th respectively.

Scott Love crossed the line next for PH in 5:40 with youngster Aaron Bennet hot on his heels setting his fastest mile of 5:41. Ed Norton’s time of 5:53 won him the V60 category and makes him the 6th fastest OAP in the UK so far this year over the distance. 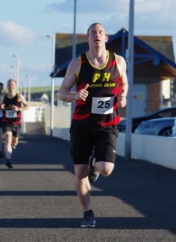 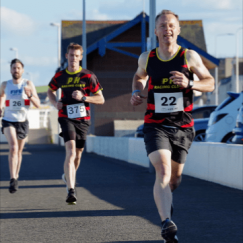 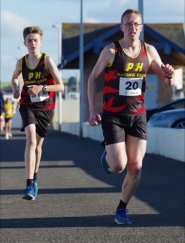 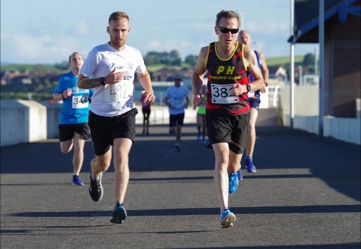 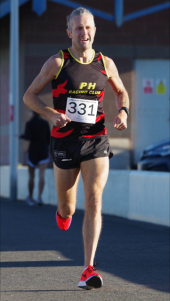 Also on Friday night, Paul Kieran raced at the Brian Goodwin 10k which is renowned for being a fast course. The route is two loops of Pollok Park and the surrounding roads. The well organised event by Bellahouston Harriers once again had a very strong field, with plenty of racing to be had.

Despite stumbling early on over one of Pollok Park’s notorious speed bumps, Paul handled the course’s minor undulations and the climb after Pollok House very well. He improved his own V40 club record, setting a new personal best of 34:01 to finish in 29th place and fourth V40 on the night.

On to Saturday morning and at 1am Andy Jannetta and Arron Leitch set off from Milngavie to Fort William as they tackled the 95 miles of the West Highland Way. This was the second of their ultras along the WHW this season and certainly the most challenging.

Andy covered the extreme distance in a time of 22 hours and 24 minutes climbing over 12,500 feet in the process. With support along the way from fellow PH member Karen Kennedy as well Tommy Lawrence and Dave Morton, Andy made a strong start and progressed well through the field in the early stages. Though the unchartered territory beyond the 70 mile point proved to be quite a challenge, Andy worked his way through this to finish in 58th place.

Arron’s time of 23:48:04 placed him in 79th place out of the 196 finishers. Credit to them both for making it through the race as with 41 DNFs and only 81 participants finishing within 24 hours it’s no easy feat and a test of mental and physical perseverance. 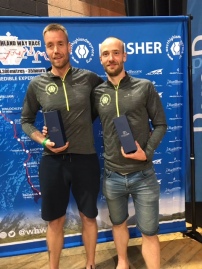 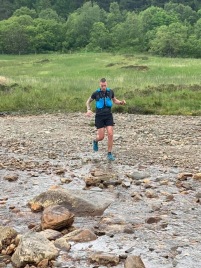 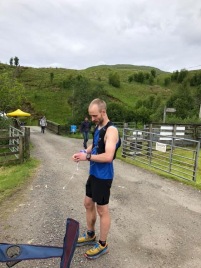 Thanks to Wullie Law, Ross Bennet, Suzy Goodall and Nicola Justice for the photographs. Also thanks to Rebecca Reader and the team from Fife AC’s Kirkcaldy Wizards for organising a quality fast flat mile and Bellahouston Harriers for assembling the quality field that was on show at the Brian Goodwin 10k.