Athletes from PH Racing Club were out in force at the annual Graham Clark Memorial Race at Knockhill on Tuesday, filling the podium in the male race and taking six places in the top ten.

Organised by fellow-Dunfermline club Carnegie Harriers, the race consists of three laps of the undulating Knockhill racing circuit and sold out this year in record time.  The race was also the tenth counter on the PH Racing Club Championship. 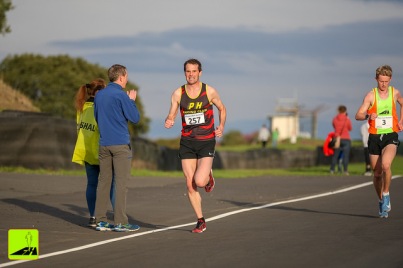 Last year’s winner, PH ‘s Ben Hukins, defended his title finishing in 19:25, over one minute ahead of club mate Darren Jubb.  His second place time of 20:27 confirmed his victory in the Club Championship with five races still remaining.  Andrew Wright completed a clean sweep of the podium places for PH in a time of 20:36. 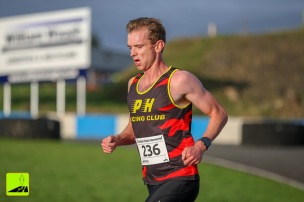 Martin Butcher, in his first race for some time, finished 22nd  in 23:01, just ahead of team mate Philip Waring who was 23rd  in 23:07.  Scott Blyth and Niall Balloch were not far behind, continuing their recent improvement.

There were category wins for John Crookston in the V60s and Alan Cockburn for V50 with John’s time of 23:43 actually faster than Alan’s 24:05. 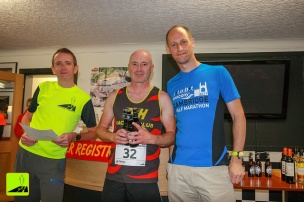 First female finisher for PH was Robyn Morrocco, sixth female in 25:41, with Zoe Stuart not far behind as 11thfemale in 26:20.

Thanks to Carnegie Harriers for a well organised race and excellent post-race buffet and to Steve Adam for the superb photographs.