PH Racing Club fielded seven teams at the Sri Chinmoy 3 x 1 mile relays on Wednesday evening in The Meadows, Edinburgh. This year the race attracted a record entry of 99 teams with no fewer than 22 PH Racing Club members competing.

Robert Sellar, Daniel Smith and Darren Jubb put in a big effort in what was a highly competitive race, veteran Robert Sellar running the opening leg, timing 4.54, and handing the team over in 9th position to junior athlete Daniel Smith. Daniel ran a personal best for the distance timing at 5.11 and was followed by Darren Jubb, who also recorded a new best, of 4.55, to ensure the team’s 8th place finish in 15.00. 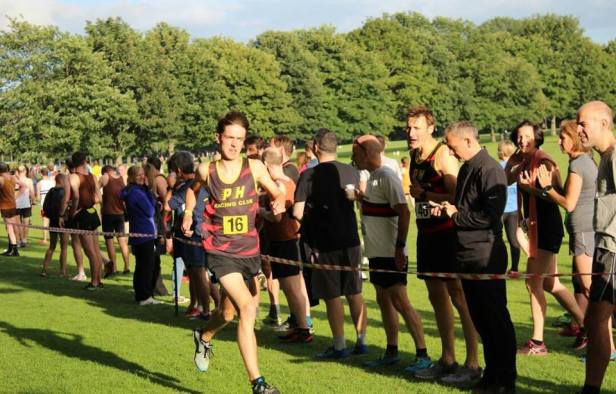 The evening’s racing continued with John Cassells, Wright Beveridge and Daniel Monaghan placing 14th overall in 15.32 with all 3 recording new bests, followed by Andrew Jannetta, Scott Love and Darren Deas placing 16th in 15.51. The PH Racing veteran team placed 2nd in the over 50 category with Ian Robert Johnston, Ed Norton and Alan Cockburn racing well over the 3 miles in 17.17. 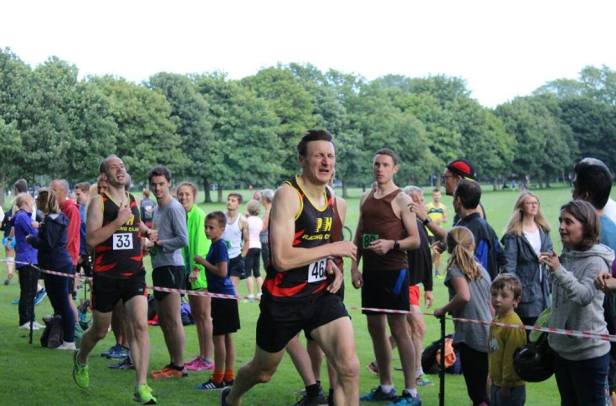 The PH performances continued with Malcolm Smith, Darren Candlish and Michael Lindsay timing at 17.27, with Scott Blyth, Niall Balloch and Keith Vandermotten not far behind in 17.55. 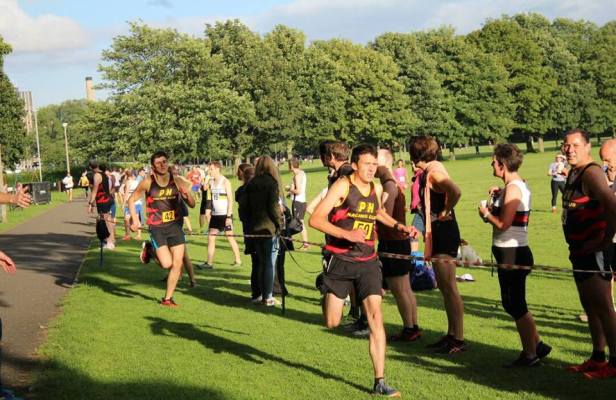 The next PH team to finish featured our club president Stevie Ogg, making his return to the event after 12 years. It was great to see Stevie race in a team alongside his sons Calvin and Ben Ogg timing at 18.12.

Thanks to Adrian Stott and his team of helpers for hosting a superb evening of racing and for the excellent race photographs.