Carnegie Harriers’ Devilla Forest races took place on Sunday with excellent results in both races for PH athletes.  The event had been in doubt due to forecast high winds but going ahead seemed to be the correct decision by the organisers as the weather conditions improved for the race and there did not appear to be any flying debris.

There was a PH 1-2 in the 5k race where Jamie Lessels took his first race victory with an excellent run of 17:37.  Andrew Thomson held off Ben Kinninmonth of Fife AC to cross the line second in 18:14 and Aaron Bennet completed the PH team of three finishing 11th in 21:38 to ensure first place in the team competition.  Lessels and Thomson both making the overall podium meant that Bennet collected the prize for first junior with his father Ross the only PH senior taking part, finishing in 24:58. 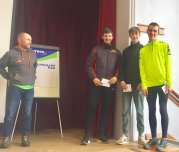 The weather had forced a change of route with the advertised 15k ending up slightly shy of 14k.  The upper section of the course around the reservoir was removed with the runners in the longer race instead competing a loop of the 5k course before returning to the finish at Tulliallan Police College.  There were some deep puddles, bogs and streams to be negotiated in the first three kilometres before some long sections on newly laid stones which also proved energy-sapping.

First of the PH contingent to make it home was Craig Paterson, who finished an excellent seventh on his club debut in a time of 55:13.  Next was Wright Beveridge who collected the prize for second V50, timing at 59:24, and he was soon joined by John Crookston who won first place in the V60 category with his run of 59:38.  Exactly one minute back was Graham McInnes who enjoyed a strong run as fourth counter in the first placed PH team. 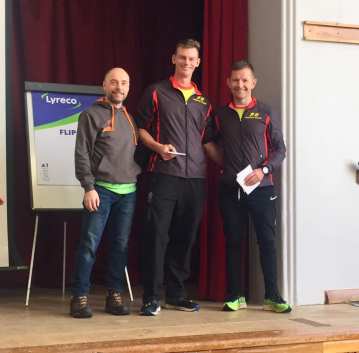 Kristin Lownie placed second female behind unattached Lynne Allen in 60:49.  Simon Whyte (60:57) and Billy Stewart (61:23) also had good runs while Mark McLean can be happy with his run of 62:26 to claim the prize for fifth V50 from the generous prize list.  Julie Menzies took the prize for fifth female overall. 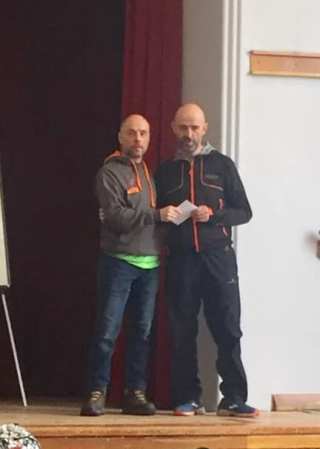 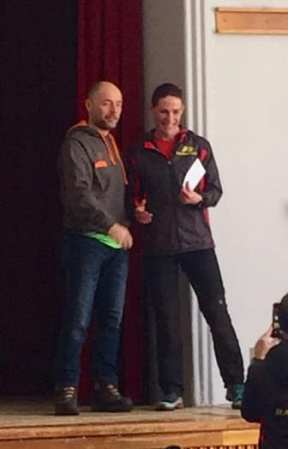 Well done to those and everyone else who raced and thanks to Carnegie Harriers for putting on an excellent event under testing conditions.  Thanks also to Brian Miller and Ross Bennet for the photographs.