Stirling University track was the venue for Central AC’s inaugural Monument Mile Classic on Wednesday.  It was a chance for athletes of all abilities to race over the classic distance and there was representation for PH in 4 of the 11 heats which preceded the male and female elite races won by Ben Greenwood in 4.10.48 and Mhairi Maclennan in 4.54.23.

The wet and blustery conditions were, somewhat disappointingly, not the most conducive to fast times but there were still a number of good performances on the night from the six PH members who raced.  It was also great to see some of the younger athletes on show putting in some great runs.

First up in heat 4 were Alan Cockburn and Iain Taylor, running his first race as a V50!  After a good race between the pair, Alan got the better of Iain on this occasion finishing 5th in the heat in a time of 5.28.47 with Iain not far behind in 5.31.13 for 6th position. 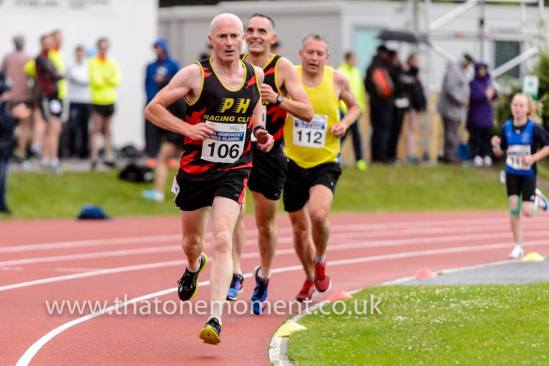 Heat 5 also featured two runners from PH, Scott Love, ‘fresh’ from Sunday’s Strathearn Marathon and Kristin Lownie, and both left standing by some quick starting kids.  Scott took the lead just before the halfway point but faded over the third lap and finished 3rd in 5.25.10.  Kristin managed to stay on her feet despite almost being tripped and finished in 5.39.94 to take 6th place. 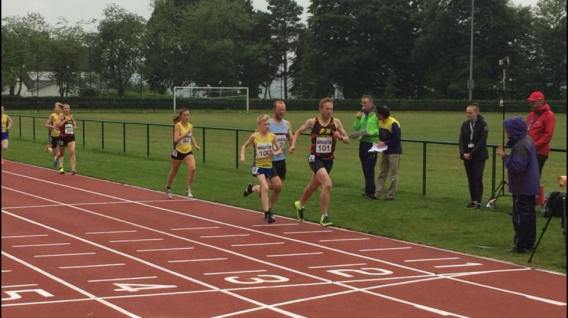 Martin Butcher was the sole PH representative in heat 6 and he moved up two places in a fast final lap to take 5th in 5.13.44. 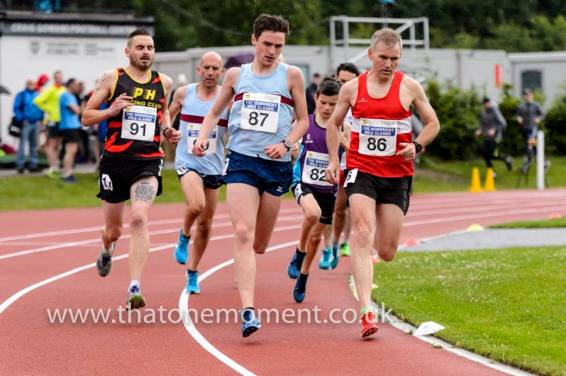 The final PH athlete to take to the track was Darren Jubb in a quick heat 9.  Darren took the lead from the gun but was overtaken by a number of other runners before rallying to cross the line in a personal best for the distance of 4.52.98. 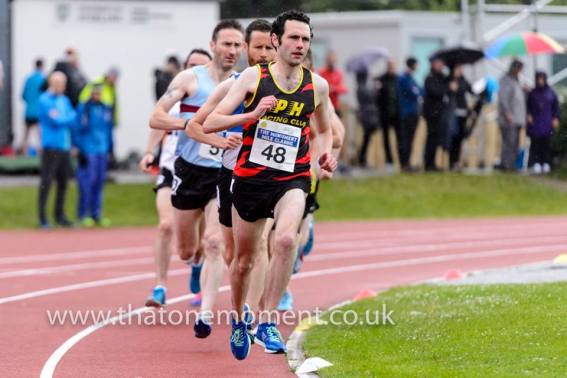 Well done to all PH participants and thank you to Michael Wright and Central AC for organising such a great event that will surely become a fixture on the calendar in years to come.  Thanks also to Bobby Gavin at That One Moment for the superb race photos.